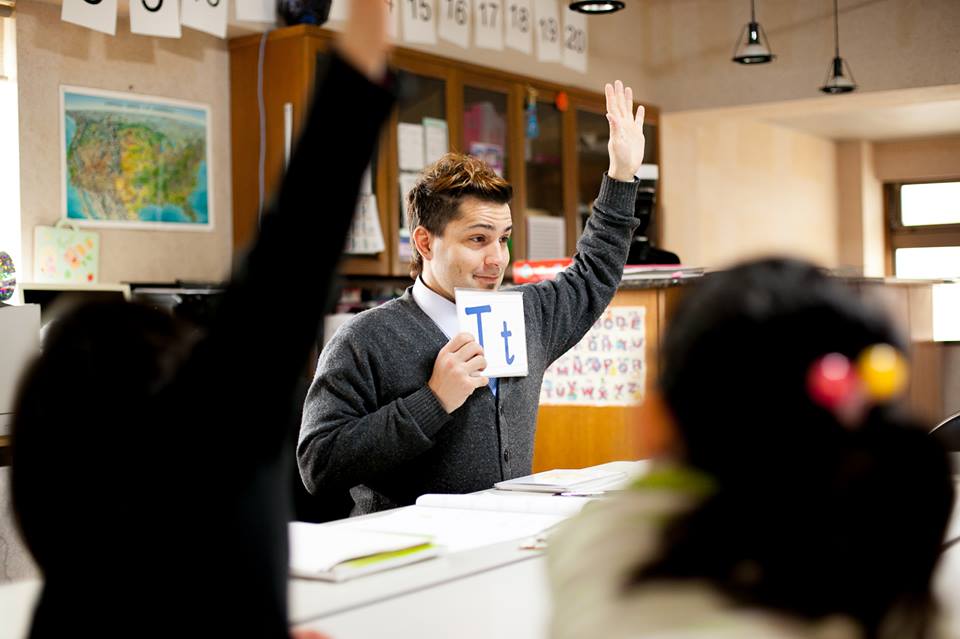 Originally from Oregon, Jeremy served as a Mitoyo City ALT for three years before becoming a prefectural CIR for Kagawa. Since finishing JET in 2011, he’s been working on various teaching, video, and musical projects. He co-founded Step-by-Step ~ English for Life, and supplements their English instruction with his own productions. Being in the inaka, Jeremy had plenty of room to explore his hobbies, so he picked up guitar in 2006 and from there started learning other instruments until he got involved in music production in 2011 and recorded his first video the next year. (Listen to “The Udon Song,” “What Time Is It?” and “ABC to XYZ“)

Says Lanig, “most children’s songs are too fast or too difficult for Japanese students,” so he uses his musical skills to make the songs more approachable and the language more accessible. If you’re ever in Kagawa, you may run into Jeremy leading a video crew around for local television shows, something he does when he’s not managing two English schools, graphic and web design, and writing and recording his own music.