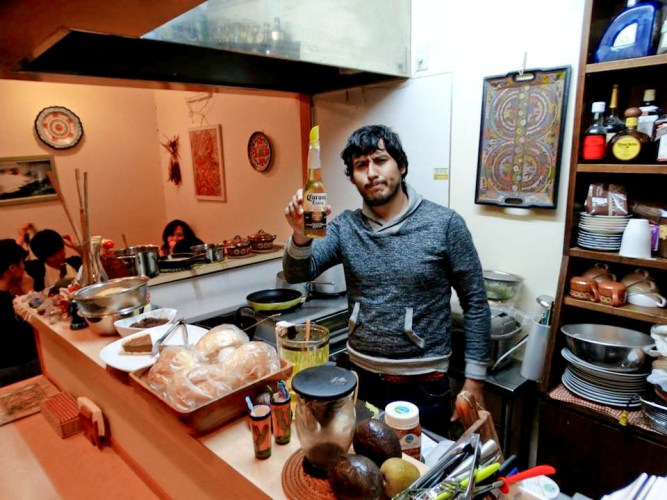 Meet Julian Perez! Originally from Cuernavaca, Mexico, he came to Motomiya, Fukushima at the end of 2002, because he had always wanted to live in Japan.

During his early days in Japan, he joined an organisation called Japan International Cooperation Agency (JICA). He became a JICA English teacher and medical trainer, helping Japanese doctors and nurses go abroad to give aid to Third World countries. It was a very rewarding and fulfilling experience, enabling him to use his medical degree to help others.

In 2003, he started running cultural food events. One of its primary goals was to establish and promote cross-cultural ties between Mexico, Japan and foreign countries. These were held 2-3 times a year, helping many people learn about Mexican culture and cuisine. This love of cultural cooking led to him opening a restaurant in Fukushima in 2006, called ‘Don Jalapenos’. He’s hosting his next event there on Valentine’s Day, Saturday February 14th, with chocolate and cheese fondue! You can contact Julian at his restaurant: ‘Don Jalapenos’, Koriyama-shi, Toramaru-machi, 20-29, ph. 090-6258-1229.