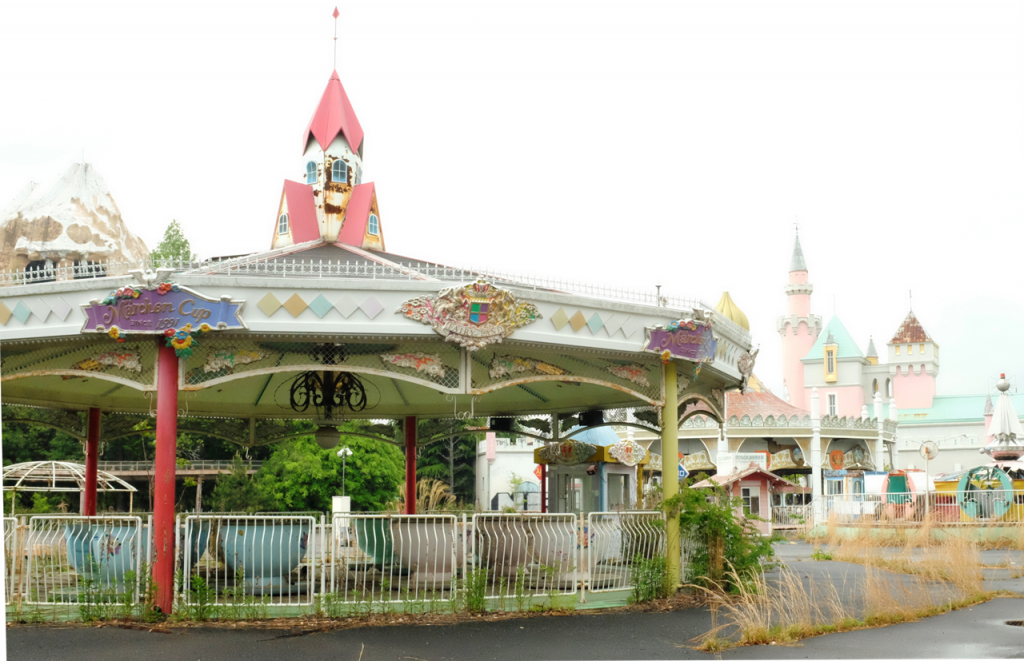 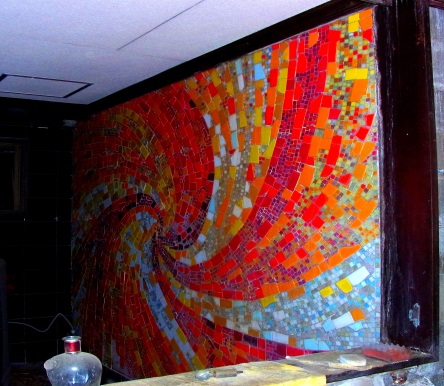 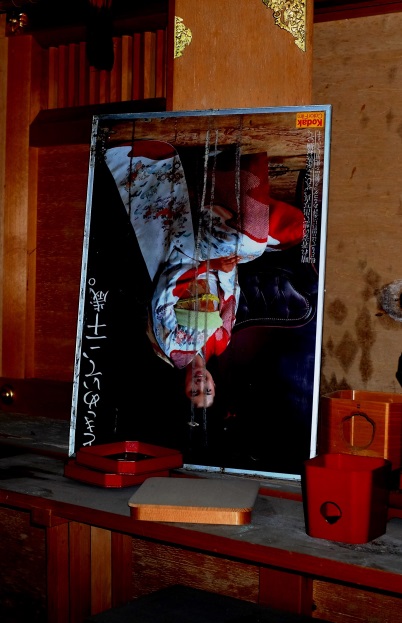 Japan is a hidden haikyo wonderland, just waiting to be uncovered. When the economy bust in the 1980s, many love hotels, attractions and homes were deserted. But Japan accumulates old buildings for many reasons. Buying new homes in Japan is more popular than renovating older ones. The tax system makes it difficult to demolish aging buildings, so property owners to leave them to rot. Even if property owners want to renovate the older structures, strict housing regulations can create impossible barriers. Not that this is a bad thing for the urban explorers.
Haikyo may be endangered if new government regulations make their way into law. Grab your camera and sense of adventure; start exploring the hidden side of Japan while you can. 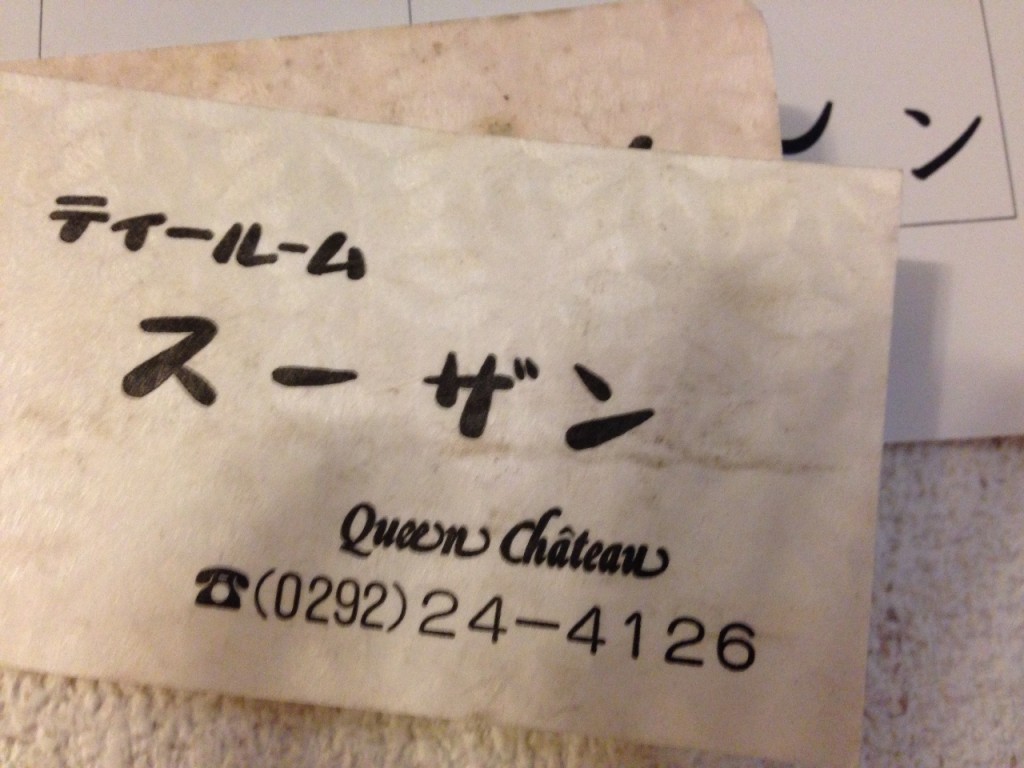 What if you go into a Haikyo and find… your name?

This calling card was found on the floor of the Queen’s Chateau by one of the local haikyo explorers. It happens to have my name on it.

I was first introduced to haikyo by chance. Down the street from a party I attended was one of the most famous haikyo in Ibaraki: the Queen Chateau love hotel. It was a water brothel in the late 80s. It was closed for hiring illegal foreign workers. The Chateau – like many haikyo – has a kind of haunting beauty. We gazed at it from across the street at the massive, grinning queen of hearts. I was hooked. 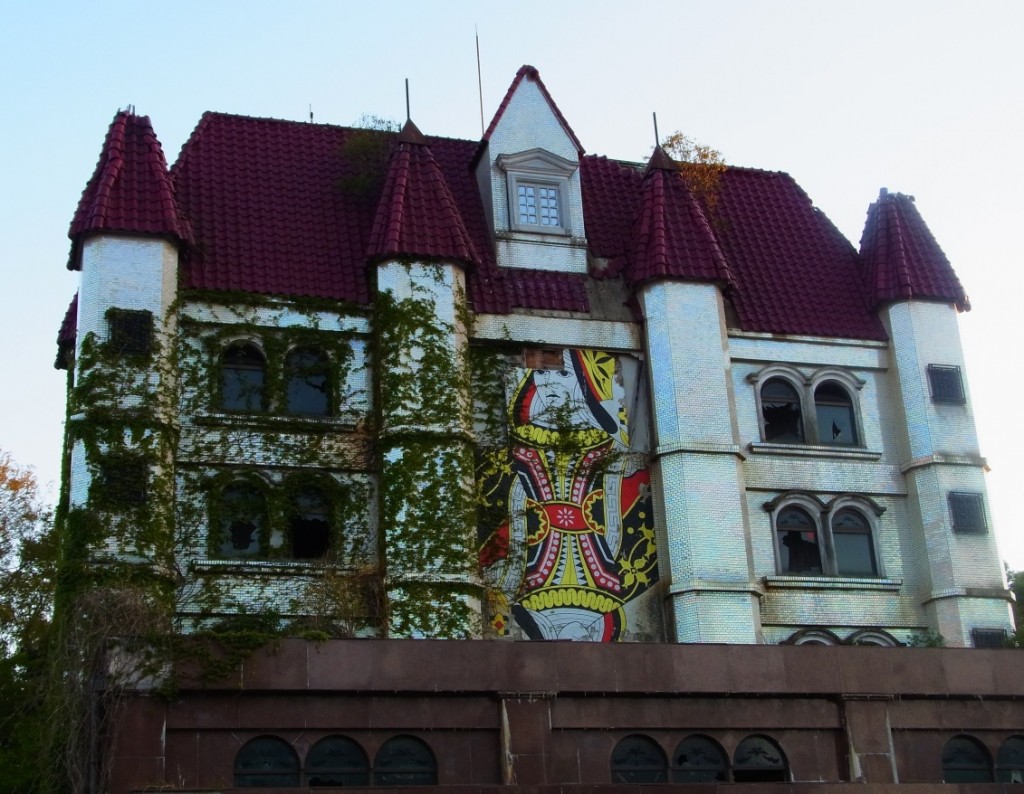 Where can I find haikyo?

Finding a good haikyo spot isn’t easy. Sometimes you get lucky and stumble upon one. If you are serious about the hobby, you might want to invest in the haikyo-goers bible, 廃墟本 (Haikyo-hon): The Ruins Book series. These books list the best haikyo spots in Japan complete with maps. They are only available in Japanese, so dust off your Japanese dictionary.

Looking online can be a frustrating experience. There are an endless number of haikyo photography sites in English. This is a good starting point. These sites rarely give you any useful information for finding the haikyo stunningly displayed their photos. At best, you’ll get a city name. At worst, you’ll see your haikyo dreams crash and burn while your pleas for assistance go unanswered. Veterans fear the spots will be overrun with casual thrill-seekers. Lots of tourists mean more graffiti, pocketed souvenirs, stolen furniture and chained up doors. Also, these photographers don’t want their hard sought-after photos to become ubiquitous on the web.

You’ll have more luck poking around the Japanese haikyo forums. Japanese urban explorers seem to be more willing to share information. A lot of the Japanese sites even have maps and addresses.

It’s not a challenge if the information is handed to you. Think of it like a treasure hunt. The Goonies wouldn’t have been very exciting if One-Eyed Jack had painted a giant arrow on the side of the cliff by the beach. You have to work for your abandoned pirate ships, gold and water slides.

Other local haikyo: abandoned wedding hall- Although in the middle of nowhere, you can see how the wedding hall was once a fashionable place. Now it’s just a memory.

“Oh, I would never go there” is the answer I get from most Japanese people when I mention urban exploration. Why? Ghosts roam in abandoned places. Japan is an interesting mix of the technologically advanced and traditional. Potential ghosts are a real, modern-day fear. One of my Japanese friends is a scientist. He claims to not believe in ghosts, yet he would never venture into abandoned temples or forgotten hospitals. Why? It’s just in case, in case he’s wrong.

Once one of my haikyo-explorer friends took a few charms from an abandoned temple. He proudly showed his Japanese girlfriend, who proceeded to yell at him. She claimed he’d be cursed if he kept the charms. This was a real fear for her. He ended up throwing the charms away to make her happy. This is apparently a good way to subvert on-coming curses. A little superstitious? Maybe, but remember The Grudge took place in an abandoned house. If wandering obake is your fear, you might need a different hobby. 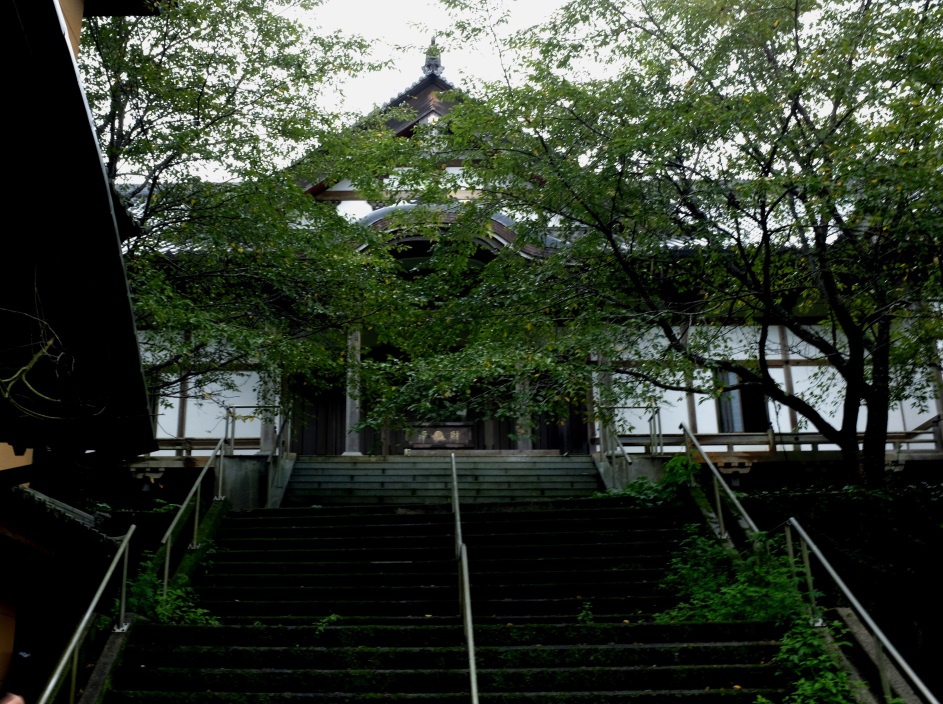 Haikyo temple hidden in the hills—Closed down due to scam operations, it has an otherworldly feel. 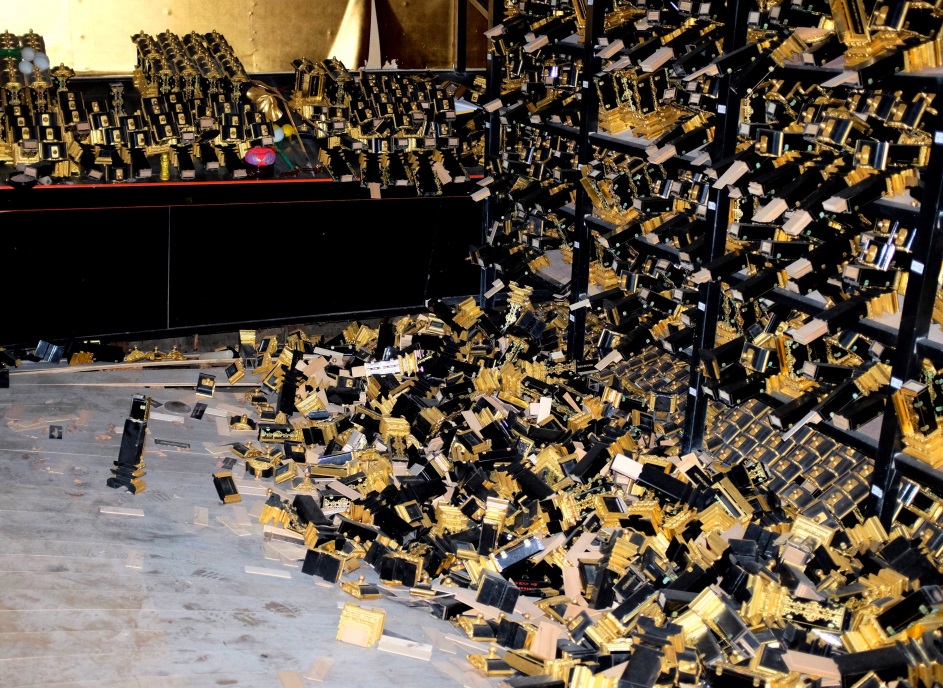 Mortuary Tablets at the Scam Temple in the Hills—picture by a local urban explorer.

When exploring a haikyo, you should bring a camera with a good flash, lantern, flashlight, fedora/whip combo (only if you want) and good shoes. Wear a Japanese medical mask if you’re worried about asbestos or mold. Some explorers use dust masks or respirators. Old, rugged clothing is best. Dark-colored clothing is especially useful if you need to hide from disapproving neighbors. Always bring a friend and a fully-charged cell phone.

Haikyo isn’t for the faint of heart. It’s risky, and that’s part of the charm. A lot of potential problems will be solved if you get permission to enter the ruin first. Otherwise, it’s trespassing. If you need to pry open a door or window to enter, it is breaking and entering. Taking an item, abandoned or not, from the building could be considered theft. You may find rotten floors, damaged infrastructure, broken glass and protruding nails. To add to the list, you may encounter asbestos, mold, unwelcoming squatters, unhappy neighbors, police, potential curses and more. It might be tempting to go at night, but, for safety reasons, late afternoon or early evening is better. Don’t go to a haikyo when it’s raining. Rain is absorbed into the wood and weakens the infrastructure. If you don’t have permission to enter, you can always take pictures from a public area, like the street or sidewalk. You can still appreciate an interesting haikyo from afar.

The urban explorer motto is “take only pictures and leave only footprints.” The more people pick away at the sites, the less will be left for future explorers. Finding a shell of a once great abandoned love hotel would be discouraging for anyone. So, it might be tempting draw all over the walls or steal that cup you found in the cabinet. Try to resist. A haikyo is relic, a forgotten window into Japan’s past. As you explore this unconventional historic site, try to have a little respect. If you don’t respect the building, respect the potential retribution from the ghosts in residence.