AJET Connect Magazine’s own News Editor Kelsey L. first published this article on The Jet Coaster, and has given us permission to adapt it in its entirety for Connect. You can read the original article here. 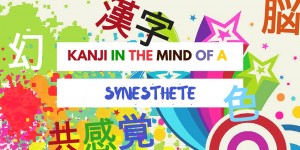 This is something I haven’t discussed in too much length with anyone. I normally use this fact as an icebreaker for “tell me three  things about yourself” or such and such, but I don’t think I’ve ever gone into this part of my life like I’m going to here now. I have synesthesia, which is, as Wikipedia likes to describe it, “a neurological phenomenon in which stimulation of one sensory or cognitive pathway leads to automatic, involuntary experiences in a second sensory or cognitive pathway.” This barely makes any sense to me, but basically, it’s the interference of one sense with another. It’s hard to explain as a blanket concept since there are so many types, so I’ll just use myself as an example.

I have two of the most common types of synesthesia: grapheme-color synesthesia and a form of chromesthesia. With the former, all letters and words are associated with a different color, which does not change. These associations often happen with experience — the word “red” is the color red, and “bee” is yellow and black — but some I really can’t explain. For example, names. “Kelsey” is yellow with an orange-ish tint because of the Y. If you change the spelling to “Kelsi,” it becomes green because of the I. While “bee” is black and yellow, the letter B is blue. By the way, “synesthesia” is a grayish-blue.

In the latter type, in my case music is associated with a color (it’s sort of like looking at the crazy dancing colors when watching with Windows Media Player, but much more blurry and indistinct). These can also form by association — colors can take on dominant colors of music videos or moods commonly associated with those colors. For example, slow ballads and sad songs are often gray. But some are also just random; Don Omar’s Danza Kuduro, Junsu’s Incredible, and Sadi Gali from the movie “Tanu Weds Manu” are all a mix of sea green, light blue, and orange/yellow.

For to this article, I’m going to focus on the first type, grapheme-color association, which is also my dominant type of synesthesia.

You almost got it, Wikipedia.

Many of you have possibly heard about this phenomenon before, by some extreme portrayal on a TV special or so on, but not many people — even those who have synesthesia — know much about it (even my spell check doesn’t recognize it). In my experience, this is because it’s so intrinsic that you don’t even think about it consciously, and sometimes if you do, you just get weird looks and/or teased. Furthermore, as stated above, some of the associations can be pretty obvious. For the longest time, I thought synesthesia was one of those things that everyone understood, but just came out weird when you tried to explain it. But often it’s not. As an elementary school kid, I was met with bizarre looks when I mentioned that I always get 7 and 3 mixed up because they’re both green. On the other hand, usually when I say I have synesthesia and explain the concept, someone else in the room realizes or states that they have it as well. I’ve gotten into an argument over the correct color of Friday with someone who just learned they had it (FYI Friday is obviously purple). I myself didn’t even realize I had chromesthesia until after I gave a presentation in my 12th grade psychology class about synesthesia and was consciously thinking about it.

Even using English, it’s hard to explain to those who don’t have it. As in the examples I gave earlier, for me, individual letters in isolation and whole words have colors, and letters can influence the color of words. However, when looking at whole words, it’s a consistent color — each letter within that word isn’t a different color (that would probably give me a real headache every day). Somehow, words and letters can also have a certain aura around them. I can’t narrow down the color or the part that has a color, but something about 6 (which is orange) just seems so darkly purple.

The same goes for kanji and their individual radicals. For example, I have a colleague named 山崎, which is yellow, and I kept calling him 宮崎, which is also dominantly yellow. When asked my favorite kanji, I’m never really sure what to say. Most people choose words like 夢 (dream) or 愛 (love), which are nice and have pleasant meanings. I even had a friend who hated 車 (car) just because he didn’t like writing it for some reason. I’m not really sure what my all-time favorite kanji is, but I know one of my favorites is 線. It means “line.” Like the JR Yamamoto Line or drawing a line. The meaning is pretty boring, but if you look at it from my mind: 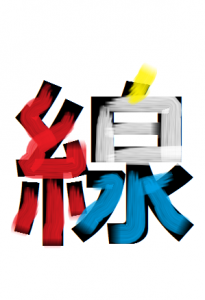 …it actually has very pleasant colors.

心 is pink, but there’s something dark red and white about it. 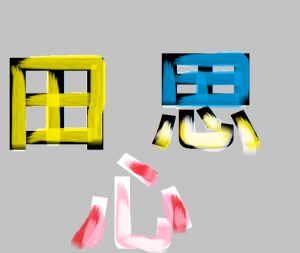 I’ve been asked before if I think this phenomenon helps me when learning languages, which my brain is definitely oriented towards (by the way, there are pretty strong links connecting synesthetes with having good artistic ability). My answer is maybe, as it’s hard to tell. While examples like the above can make it both harder and easier to confuse two seemingly unrelated things, there are some examples where I can tell a kanji is wrong because it doesn’t have enough green (or whatever color) in it. One time when I was taking a test and needed to write 料理, I wrote 科理, and knew something was wrong. Staring at what I wrote for a bit, I realized it was too orange. 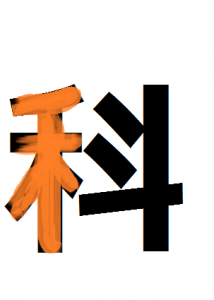 However, these cases where I can clearly tell the difference with something visual are by far on the rarer side.

To continue, my types of synesthesia aren’t projectile. That is, I don’t physically see the colors; I only do when I imagine them. Even this gets a little tricky. When people ask me “what’s the color of ____ ?” oftentimes the more I focus, the less I can figure it out. It’s like trying to remember a person’s face. As soon as you see them, you know who they are and it’s not a problem. You know what they look like. But when you look away and bring up their 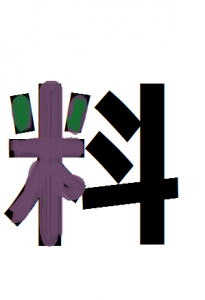 face in your mind, you know it’s the face and the person, but it’s somewhat foggy or blurry. You know it’s them, but when you try and focus on the details, you realize you can’t. Then you try and zoom in on one specific feature, and it all goes to mayhem — unless you’ve actually stared at their noses or whatever for an extensive amount of time, which I assume most people haven’t with most of their acquaintances. If this doesn’t make sense still, try drawing the face of a parent or your best friend right now without looking at them — especially if you haven’t seen them recently.

This is what it’s like to try and narrow down the specific colors for kanji or any letter or word, especially since they’re composed of so many different parts. The thing is, I’ve never physically seen the colors, or at least the right colors. They’ve only been exclusively in my mind, which makes it even harder to zoom in on and narrow down. It’s like when someone describes a person to you, and you have an idea of what they look like, but of course can’t get too specific with the detailed features. Or perhaps rather it might be like not having seen the friend or family member for years, so you still have a vague idea of what they look like, but you can’t remember any actual details.  You would still be able to recognize them, and I know what colors look wrong. It’s just hard to tell which ones are exactly right. Especially since shades of the same color also make a difference. Did she have a mole underneath her right eye or not? If so, how big was it? Does the red in 言 begin only with the bottom 口 part, or is the top stroke also a bit red?

Whether synesthesia helps or hinders my learning (I’d argue both), and no matter how much teasing and weird expressions I get, I wouldn’t trade it away. While most people try hard to understand what words and music are like in my brain, I struggle with the opposite. Kanji learning must be so plain and dull if they’re not surrounded with vague color. I’m sure there are still people out there in disbelief that being bombarded with color isn’t hindering or annoying on a daily level. I guess the only way I could explain it would be if you lived in a room with some sort of faint, white noise going on your entire life. It doesn’t bother you, and you really don’t even know it’s there. However, as soon as someone takes it away, then you notice it instantly, and the room gets quiet. Uncomfortably quiet. My room will never get quiet, and I don’t want the faint, colored noise to go away, because with this ability, there’s an added layer of wonder (or ugly dumpster-green) to words. 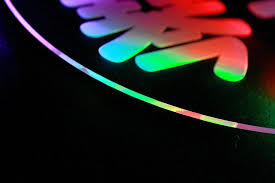 And that is beautiful.

Get the newest issue of Connect! 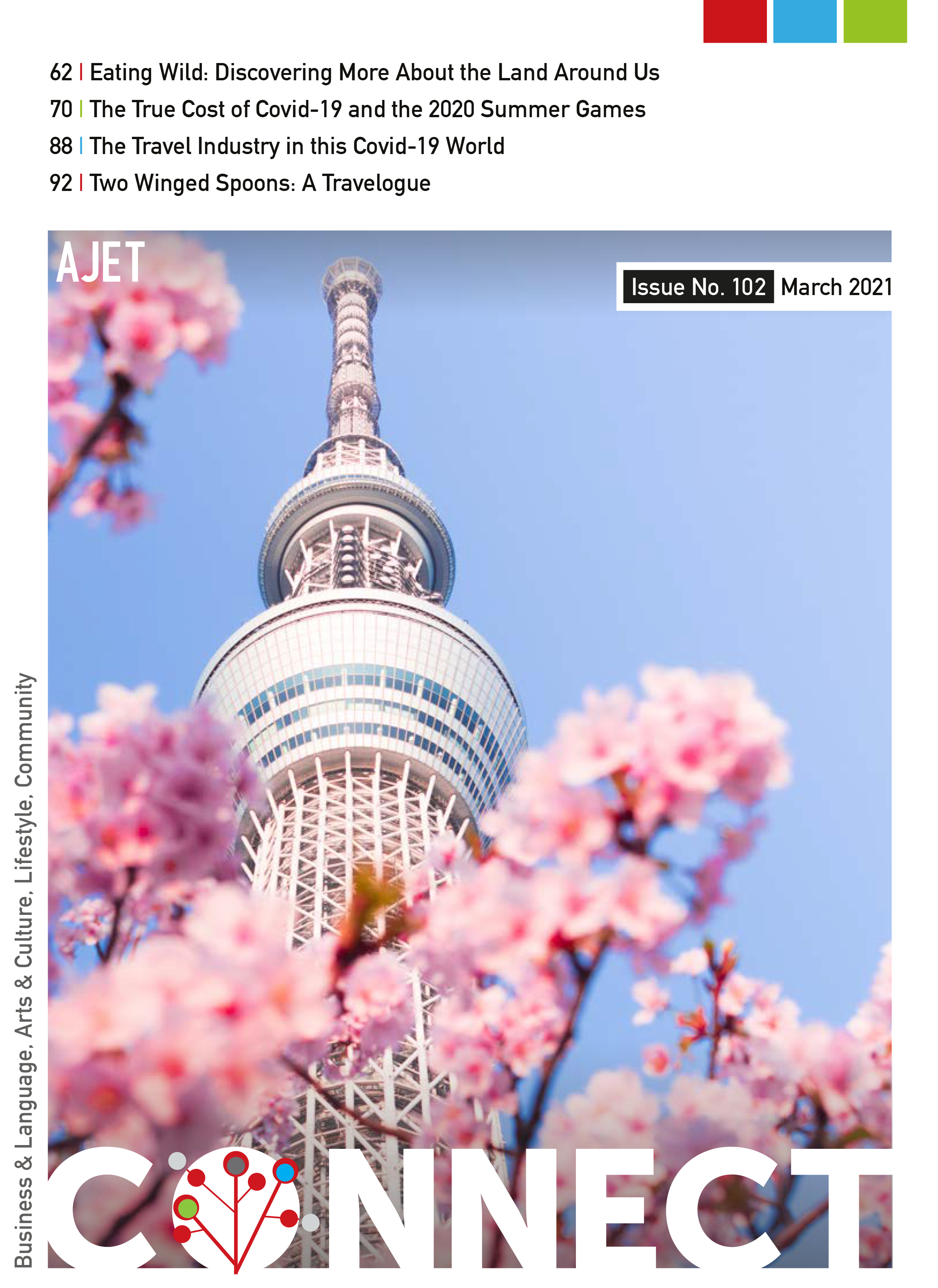 See what Connect is up to on social media!