Spotlight on JETAA is an article that introduces a new chapter of the JET Alumni Association from somewhere in the world every month.

This month, the spotlight is on JETAA New South Wales (JETAA NSW) who are based in Sydney, Australia, also known as the land where Santa surfs instead of snow plows. AJET spoke to Eden Law, an alumnus who was on the JET programme in Fukushima-ken from 2010–2011 and who is now a highly active member of the alumni association. 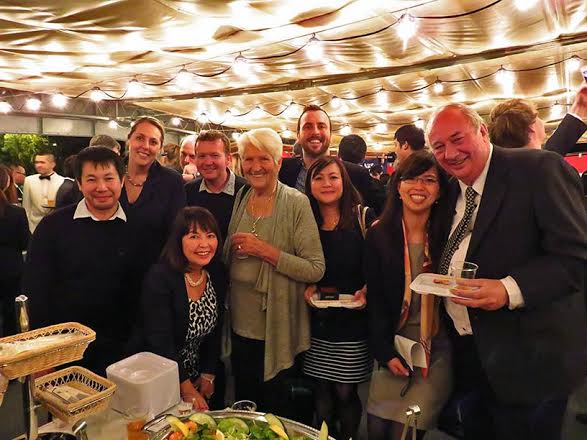 We met Dawn Fraser (in light grey, in the middle—ex-Olympic swimming multi-medalist) this year at the banquet held onboard the SS Shirase, a Japanese science research vessel that docks in Sydney (on its way to or back from Antarctica). As far as we know, the science involved does not include the controversial aspects Japan has come to be associated with.

Q:How many members does JETAA NSW officially have?
Officially, JETAA NSW counts 432 members, with a standing committee of 9 for 2014. We are one of, if not the biggest chapter in JETAA Oceania.

Q: Geographically how large is the area that the chapter covers?
While JETAA NSW’s area of jurisdiction covers all of NSW of course, rumour has it that Noumea once formed part of our jurisdiction, which would be totally awesome, if it would get us a free trip overseas. NT was also supposed to be part of our jurisdiction but it’s been a long time since we’ve had an applicant from this sparsely populated part of Australia. And also, in 2014’s JETAA Oceania Conference, JETAA Queensland allowed us to con them into taking it over.

Q: What is a recent accomplishment of JETAA NSW?
Our achievement has always been in working with local Japanese organisations to put on great social events, such as the Shabera Naito or Japanese language exchange nights, which is run in conjunction with AJS, or the Australia-Japan Society. Our last event almost packed out a local restaurant booked for the event, and we saw many new as well as old faces.

Also, we managed to quietly but persistently grow our social media presence, reaching out to more people than ever before, and growing our brand name. We are also continuing to strengthen our communication and relationships with other Oceania chapters—while this may not seem dramatic, the long-term benefits of this strategy cannot be underestimated, and we believe that presenting a united front will have very useful benefits for all of us.

And lastly, it should be mentioned that our members have autonomy to pursue individual projects, which although aren’t part of the official JETAA NSW ‘official’ program, are given full support by the chapter—things like running an uchiwa design competition, which we got printed in Japan and distributed during Sydney’s Japan Festival.

Q: What is a project or event that you are working on now that you are looking forward to?
I’ve been invited to work on a project with a former member of JETAA Chicago to get a screening of Tohoku Tomo in Australia—for those who don’t know, it’s a documentary about the lives of people post-disaster: tohokutomo.com. As we have an annual fundraiser called the Big Bento (a great initiative by JETAA Vic/Tas/SA—credit where credit’s due) which raises money for Tohoku, and myself being an alum of Fukushima-ken around that time, we’re thinking it would be a great tie-in event. Things like these just show how useful and far-reaching the alumni network could be, and you never know what could come up until you actually get off your butt and find out. 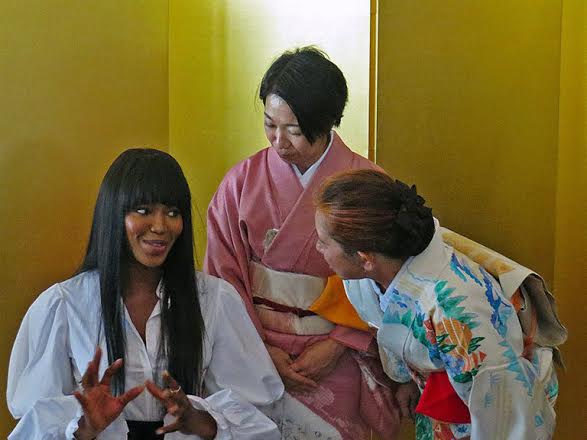 The committee also got to meet Naomi Campbell at the Consulate General’s House earlier this year—she was filming an episode from her UK reality TV show “The Face” in Sydney, and drop by to present a cheque for money raised for the Tohoku disaster.

Q:Do you have a signature event or a popular event you do every year?
Our social events seem to be gaining in popularity over the last few years, such as our recent bonenkai, where we had lots of giveaway things, thanks to generous donations by Japanese organisations and individuals. And also DAISO, where we get other things most people never knew they needed until they see them. Our Trivia Night and Shabera Naito Night are also popular. It should be said that we’re not all fun and games, and we usually have a careers and networking night, although unfortunately this year we’ve had to postpone it due to scheduling conflicts. 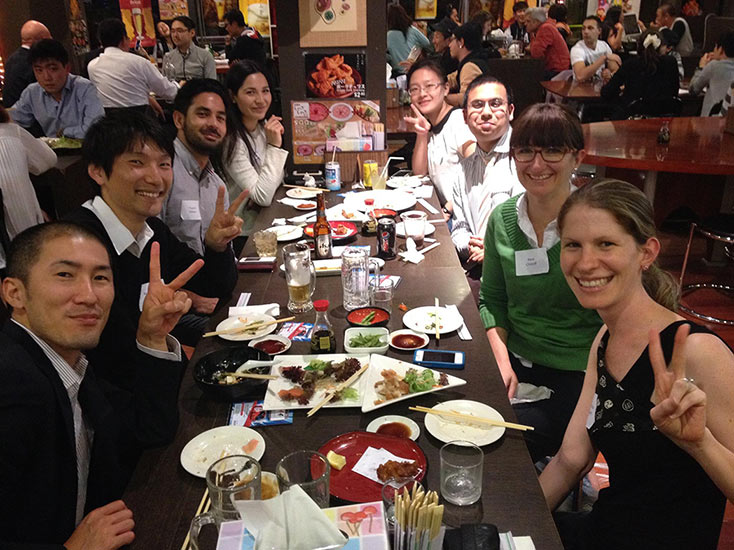 JETAA NSW, together with the Australia-Japan Society, hosted the Shabera Naito event.

Q: What, in your opinion, is your chapter’s biggest challenge?
The greatest challenge for any chapter as it is for ours, is to prevent burnout and maintaining a level of enthusiasm and engagement, not just from the JET and ex-JET community as a whole, but also for serving committee members. Inspiring passion and creativity is crucial in order to keep the chapter dynamic and relevant.